For a company experiencing robust growth and increasing demand for updated equipment, the time and cost to buy and repair computers became excessive, especially with constantly aging equipment.

By incorporating 140 L130 and L300 terminals, Grupo EMI Uruguay has seen a 50% reduction in TCO based on hardware, support services and licensing costs. Also important was enabling user mobility to any workstation with a thin client, thanks to the “my PC” concept.

“There was a noticeable reduction in hardware failures and workstation support... Our level of uptake is due mainly to the performance of the L130 and L300 terminals, not to mention ease of centralized administration and configuration.”

GRUPO EMI is one of the leading Latin American multinationals in the field of emergency medicine, and a dedicated user of NComputing technology companywide in Uruguay.

From call centers to shipping centers and clinics, NComputing technology helps them reduce TCO (Total Cost of Ownership), and enables them to stretch budgets with the concept of “my PC” or “virtual PC” equipment for their office-based and mobile medical teams.

Want to know how they did it? 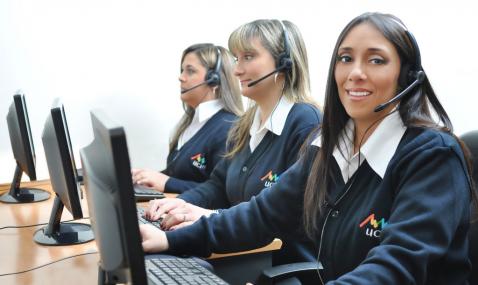 Grupo EMI is the first mobile emergency medical company with a staff of doctors from all over Latin America. The company provides assistance in emergency medical situations and helps people recover from accidents or illness.

Grupo EMI began providing services in Uruguay in 1979, and slowly but steadily began to grow its market share and service offerings to customers. More than 33 years later, Grupo EMI has 255,000 customers nationwide and a team of approximately 1,100 people, including doctors, nurses, technicians and administrative staff.

Faced with the enormous costs of technical maintenance and PC replacement, high energy consumption, overheating in areas with high workstation density, constantly outdated equipment, and no flexibility for users to move to other workstations, the IT department began searching for a concrete, long-term solution. Initially they tried hiring technical staff and investing in replacement parts. However, this still required significant time for the IT team.

In 2010, Grupo EMI selected NComputing “based on local reseller support and worldwide customer references that the company was able to provide,” said Victor Pedrosa, IT Infrastructure Coordinator for Grupo EMI. From that moment on we partnered with UYTECH, a local NComputing solutions provider, receiving pre- and post-sales support to this day from their General Manager Juan Manuel Tato.

Grupo EMI deployed NComputing in departments throughout the organization: 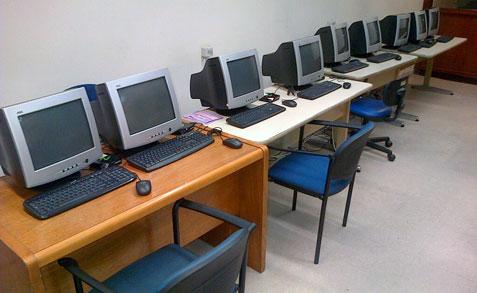 Thanks to this deployment, “there was a noticeable reduction in hardware failures and workstation support,” Pedrosa said. Grupo EMI also saw a drop in replacement part costs for end-user support and workstations in areas where desktop PC setup was difficult.

Introducing virtualization was a significant achievement for the organization. Most thin clients connect to virtual machines 100% of the time at the company headquarters. Implementation enabled user mobility – one of the basic features of Grupo EMI’s customer service.

“Our level of uptake is due mainly to the performance of the L130 and L300 terminals, not to mention ease of centralized administration and configuration,” said Victor Pedrosa, Corporate IT Infrastructure Coordinator for Grupo EMI and their subsidiary in Montevideo.

With the success of the deployment, Grupo EMI plans to increase the number of NComputing workstations from 140 to 200 in 2013. They also plan to implement the same technology in the other countries where Grupo EMI operates, including Colombia (100 to 150 seats), Panama (10 to 20), Ecuador, Venezuela, and El Salvador. In the long term, the company plans to install NComputing terminals in all of its Latin American centers by 2016.